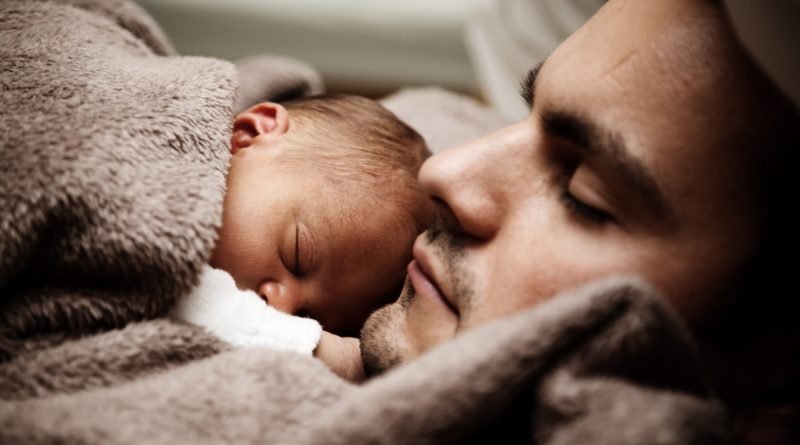 For this review we wanted to compare the Philips Avent unit against it’s main competitor, Tommee Tippee steriliser. Why? Well when it’s 10:30pm in the evening and you’re deciding who’s washing up the bottles and who’s getting up during the night, we needed something that works. We’ve used both units, and thought it worth sharing our insights for others to make those night time feed more smooth for bottle fed babies.

The Philips AVENT 3-in-1 Steriliser is Philips’ main wall powered baby and infant bottle steriliser. It boasts 3 sizes in its setup. This is a big contrast to the Tommee Tippee steriliser and its one size fits all approach. It has a small compact option suitable for accessories, soothers and teats. A medium, for pumps and infant cutlery or bowls. Finally a third large-sized setup for six bottles. 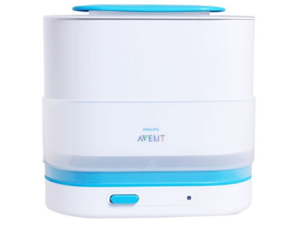 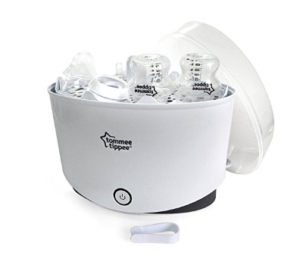 The Philips steriliser itself fits both wide-neck and narrow-neck bottles and although it obviously holds six of the larger 330ml Philips AVENT bottles (ie. the same brand), it also fits Tommee Tippee and MaM standard bottles. The Tommee Tippee steriliser unit took similar sizes, but was not as customisable to sterilising needs.

The Philips unit boasted a six minute cycle with auto shut off, for us this varied between 6-8 minutes. We’d like to say it was down to variations in the amount of water add manually by us, but we monitored it with the same liquid quantity and it still varied by up to a minute. Although, this variation doesn’t make too much difference the kwh’s do add up on an energy bill.

However, the Tommee Tippee steriliser unit, by comparison, took much longer to cycle. It was also hotter to handle, for longer, after finishing. This meant when we needed a bottle in a hurry a safe grip on the unit was essential. The Philips unit had a safe handle grip which keeps cooler for handling, a big plus compared to the Tommee Tippee steriliser ‘s bare heated plastic.

“As new parents you’re tired.. always. Having an accessible, quick and clever steriliser is just the ticket to ease those sleepless nights. For this the Philips Avent does the job with style “

What about cleaning and maintenance?

Both the Philips and Tommee Tippee unit have non-concealed heating plates meaning they can be easily cleaned however the Philips unit has a plate that has no real “grooves” where white or orange scale marks from water hardness can form so when descaling with white vinegar it wiped out easily.

The Tommee Tippee steriliser was more awkward to access for cleaning and had a section between the heating plate and plastic body where limescale build up was trickier, but not impossible to wipe away after descaling.

Both units are BPA free and boast the same claims of 99.9% effectiveness at removing bacteria. The Philips unit has most customisation for a variety of needs and the holders for bottle caps and teats means no more caps being cascaded over the kitchen floor as you try to pull one out in the middle of the night while blurry eyed.

Overall the Philips unit won out over the Tommee Tippee steriliser for the following reasons:

Ease of use, Ease of clean/descale, Clever Design, Flexibility, Build Quality and Overall Energy Use.

Prices Approximately £39 for both options. You can buy or view more information about the two units reviewed HERE 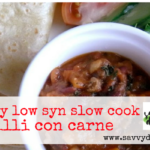 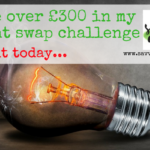 How to save £300 on home lighting costs 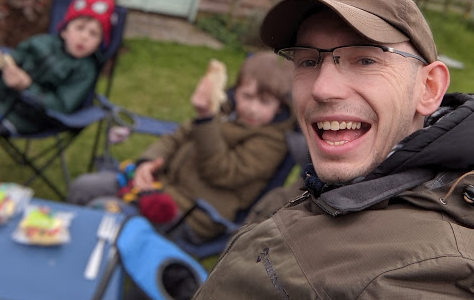 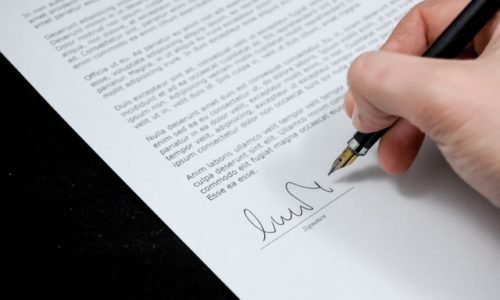 How to make a will at home using the best online will writing services. 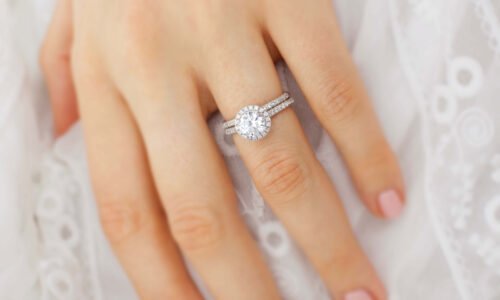